February is Black History Month – Why? 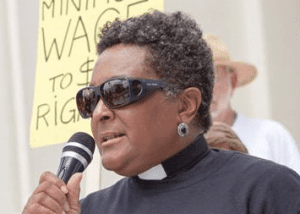 I was ordained an Episcopal Deacon in the Diocese of Alabama in November 2002.   Almost immediately, I found myself called to the ministry of racial equity, education and reconciliation.  I was trained as an anti-racism facilitator and began conducting workshops for Episcopal clergy and lay people.  This work has now expanded far beyond the Diocese to other groups including civic, governmental and higher education.

When I was in grade school, the first week of February was given special emphasis as Black History Week. We were taught about people like George Washington Carver, who was a great inventor and agricultural scientist. The focus on Black history was expanded in 1976 and February became Black History Month.  I always enjoyed and felt very proud to learn about people of African descent who made significant contributions to this country.  Sadly, those accomplishments were largely unacknowledged in mainstream education.   The educational system in this country, largely controlled by the dominant white culture, influenced the curriculums of both black and white students. This led to the mis-education of all students and contributed to attitudes of inferiority in children of color and superiority in white children.  This is how institutional racism works.  It can be subtle in nature, almost imperceptible, yet it is detected in its policies, processes, and procedures.  It disadvantages minority groups and advantages the majority group.  This creates a system of racial inferiority and superiority. For a person of color, this notion is called internalized oppression.  For white people it is called white privilege.

In many of the workshops I have facilitated over the years, I find white attendees know very little about Black history and the significant contributions African Americans have made in the U.S.  Unless there is some intentionality in learning about other cultures, one’s perspective can become one-sided and tilted.

This is why I believe Black History Month is so important, not just to African Americans but also white people.  What impact does it have on black child-development for his/her history and culture to be marginalized in their educational formation?  What impact does it have on white child-development for his/her history to always been presented as greater than all others?   Positive self-images and respect for all human beings is essential learning for children and can help them develop into compassionate and understanding adults.

I am of the baby boomer generation.  I was educated in a segregationist educational system.  It was flawed and skewed to favor one group of people over and above another.  The accomplishments of African Americans in areas such as music, art and literature, politics, sports, culture, medicine, scholarship, etc. were minimized and marginalized in the mainstream curriculums.  As an anti-racism trainer, discussion around institutional racism, especially in education, is common.

So as adults, let us embrace life-long learning and be intentional about learning Black History during the month of February as our children are learning this history this month. And let us join them in learning about the contributions of all people who lived, worked and worshipped in this country to make the ideal of life, liberty and the pursuit of happiness a reality.