Reflection: Grace is Greater Than Our Sin 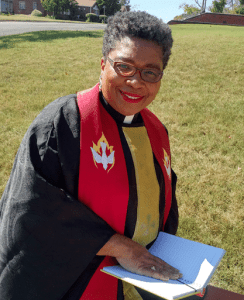 This week, I learned that the ruling in the suit to strike down Alabama’s law on voter disenfranchisement for ex-offenders upholds the State’s law. Basically, a person loses the right to vote if they are convicted of a crime of moral turpitude, unless they receive a Certificate of Eligibility to Register to Vote (CERV). However, many people are never able to receive a CERV because they cannot afford to pay off their fines and fees or because they have been sentenced to indefinite parole or probation; as such, they are effectively permanently stripped of the right to vote. (Updated Version of Moral Turpitude Crimes.pdf (alabama.gov). I am deeply concerned given the (im)moral implications of this ruling.

This law implies that there is no possibility to start over. One of the tenets of the Christian faith is the possibility of new beginnings—expressed in our affirmations, our doctrine, our rituals, and our lived experience. The Christian faith affirms the reality of our sins and sinfulness, but it also affirms grace that is greater than our sin. In talking with our clients and other members of our community, I’ve become more conscious of people who experience hopelessness knowing that they will remain on the fringe of society in significant ways. This law excludes the possibility of beginning again. As such, this law is immoral.

This law reflects a punitive rather than rehabilitative stance. I want to remain hopeful that the criminal justice system in this country will truly seek to rehabilitate offenders. This requires an underlying intent to not just levy harsh and lengthy punishment but to also provide the structures (inside and outside of confinement) that make rehabilitation possible. It is disheartening to know that people who serve their sentences and are changing their lives are permanently disenfranchised from participating in the fundamental civic and political process of voting. I can’t imagine what it would be like to be that person who is given a life sentence of exclusion from voting because they committed burglary. This is, as Bryan Stevenson reminds us, justice without mercy. That is immoral.

This law has been and, likely will be, applied unjustly. As the lawsuit states, this law is racially and economically discriminatory. Bias in the system has historically caused harsher punishment to be levied against Black, Latinx, and Indigenous people, especially men of color.  Additionally, rates of crime correlate with economic disadvantages. When one has been convicted, the opportunity to have voting rights restored may be lessened because of the bias in the system. Furthermore, if an ex-offender remains without access to adequate legal income for living and to pay all fines and fees, they will never have an opportunity to have their voting rights restored. To ignore the bias in the system is immoral.

This law focused on “moral turpitude” is too broad and lacks nuance. As I read this list, I began to consider that it could include teenagers tried as adults for certain crimes, which might bar them from the right to vote. When the bias against persons of color is factored in, the immorality of the law is compounded. There are circumstances of an individual’s crime that may be vastly different from those of others on this list. If those differences are not considered, ex-offenders are needlessly disenfranchised. This is immoral.

Finally, I am concerned because of what this list does not include. As an attorney for the plaintiffs noted, the definition of moral turpitude does not include abuses of power by people in government, even when those abuses are flagrant and cause great damage. I would add that the definition of moral turpitude is skewed away from people who have resources and power and skewed against people whose resources and power are limited. That is immoral.