One Man’s Desire For Independence

Terrance Young has been struggling to gain financial independence for a long time. 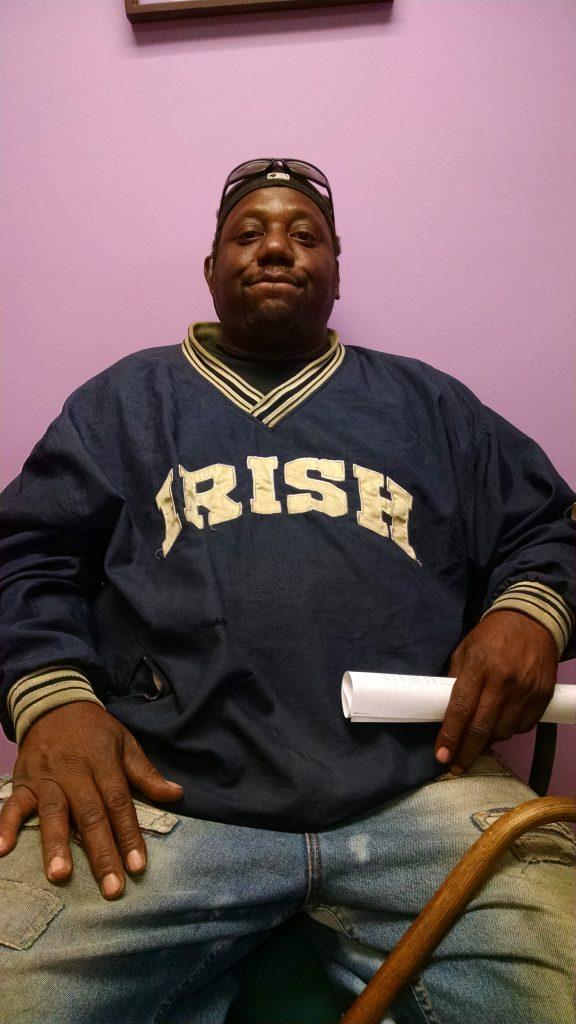 “I grew up in a rough neighborhood,” he says. This is something we hear far too often—individuals who are born into neighborhoods with a concentrated level of poverty recurrently face difficult situations in life. Mr. Young, for example, has always strived for better, but he has continuously faced drawbacks.

Once, Mr. Young had his own place and was doing well. He had a job that enabled him to earn his own living, and he was working to find better housing for his parents, who were living in a public housing community at the time.

Then, his leg was injured on the job. The pain he suffered greatly affected his ability to get to work every day. That’s when the bills started to pile up.

Subsequently, Mr. Young’s home was broken into and he was robbed of many of his possessions. He eventually caught the person who was responsible, because they broke into his home a second time. In anger and defense of his property, he overpowered the burglar, injuring him in the process.

He was then evicted from his home, with an assault charge and a substantial amount of debt.

This happened seven years ago, and Mr. Young still has unpaid bills in his name that he just cannot afford. “I paid the light bill and the water bill…” he says, but he still owes several hundred dollars.

Both of his parents have since passed away, and he currently lives with his sister who moved back to Birmingham in the wake of their mother’s death. They share responsibility for their current bills, but that leaves him unable to pay off the debt he owes.

“I just want to have my own shelter,” he says.

Mr. Young hopes to get to a point where he can apply for Section 8 Housing, get back into school to further his education, and continue to work hard at his job.

As of right now, he desperately needs to end his battle with debt.

Mr. Young is just one example of countless individuals who have grown up in “rough neighborhoods” or have been forced to cope with an unfathomable situations. GBM provides grocery and financial assistance to many struggling Birmingham neighbors, but there are always more needs than we have resources to meet.

We need your continued support as we seek to provide help and hope.