“So Be It”- A Testimony From GBM’s Moral Revival 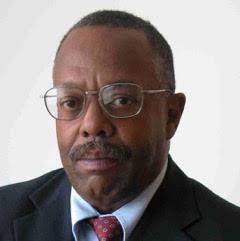 The right to vote is still encountering a long and tortuous journey. From the founding of this nation, the struggle was to determine just who were the people possessing the right to say, “which way”. Whose “will of the people” would be observed, and whose would not. At the time of our nation’s founding, Indians were not. Blacks were not. Women were not.

After the Civil War, and newly empowered by the Alabama Constitution of 1865, Black men could participate in determining the will of the people, and so they did, sending several of their number to the Alabama Legislature and three to the U.S. Congress: Benjamin S. Turner, James T. Rapier, and Jeremiah Haralson –all from Alabama’s Black Belt.

But by the time white women gained the right to vote in 1920, Black men had lost that right in Alabama’s State Constitution of 1901 – the one that burdens us today – whose intent and stated purpose was to “establish white supremacy by law”. Which, as you know, it did quite successfully.

It took the struggles of many, and the blood of too many to forget – Jimmy Lee Jackson, Jonathan Daniels, Viola Liuzzo, James Chaney, Andrew Goodman, and Michael Schwerner. That struggle, that began in Birmingham and marched across Selma’s Bridge to Montgomery, gave us the Voting Rights Act of 1965 which extended voting rights protection to African-Americans, Latinos, and Native Americans.

Sure, I have my state-issued Photo-ID! But today, my right to vote is being diminished by Alabama’s Photo ID Law. It’s diminished because the right to vote of my neighbor, my community is diminished. And who is my neighbor? Poor people in our poor state, urban and rural, are my neighbors! My voice, and their voices – Black, Brown and White – are diminished in determining which way, Alabama, which way America. All of our voices are

diminished when poor citizens, Black, White, and Latino – must climb disparately impactful barriers of money and transportation just to exercise the hard-won right to vote.

We can and must change course in building an Alabama that is more inclusive, more participatory with a government that is more transparent and more accountable. Voter suppression acts as a prior restraint on democracy. Voter suppression is restraining order on hope. Alabama’s Photo-ID law must be uncovered as the Jim Crow, Southern Redeemer, racist and classist assault it is. Racist and classist? Anti-People of Color and Anti-poor? Yes! According to 1901 Alabama Constitutional Convention transcripts, the poll tax was proposed to disenfranchise the Black voters of the day. One delegate challenged the proposal saying, “Sir, if you impose the poll tax to disenfranchise the Negro, you also disenfranchise the poor white”. The response to the gentleman was, and I quote, “So be it.”

People of Alabama, we’re all neighbors and we cannot allow “so be it” to have the last word.