Will You Listen To Me? 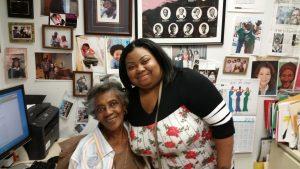 Several weeks ago, GBM staff member Mary Jones went by a friend’s home to take some information for her boys to take to school the first day in school.  They had missed the first week of school.  As Mary arrived at their home, she thought terrible thoughts because everyone was standing out on the yard.  What she learned was that there was no money for gas to drive the children to school.  Rather than try to help get gas, Mary chose to drive the boys to school and get them checked in.

Later that day, the mother called Mary said, “will you listen to me?”  Mary went back to her home and heard about her efforts to say afloat in the maze of the systems that confine families who are living on the edge.  Living with disappointment at the door; those agencies that are in business to assist families unable to work. This person talked about the pain as she described it, that’s “inside.”  She said, “I keep trying to get people to understand me.”  This mother has Lupus.  However, as she said “I love my children, and I don’t know how to explain my inside.  I missed my appointment for food stamps so I had to wait another month to be certified.  I am trying to help with the children of my sister-in-law’s who was killed and because my sofa was missing a leg and my stove had a broken glass, they would not leave the children with me.  I have to get that fixed.  Poverty hurts, poverty displaces and poverty keep us separated and angry with each other.”

It is not the people who will not work but those who cannot find work or the ones who are unable to work because they are ill or cannot afford child care.  To receive SNAP (food stamps) or TANF (welfare assistance), parents with children must work 20 hours a week.  This mother talked to me about occasionally missing meals.  She makes the rounds of the social service agencies, but according to her, three bags of groceries does not last long when there are 5 or more people in the house.  In 2013, according to the Coalition on Human Needs, there were more than 16 million children poor and they are still the age group suffering the most from poverty.  There are more than 7.1 million children living in extreme poverty – below $9,142 for a three-person family. Try that figure on for size….